We would like to offer our sincere support to anyone coping with grief. Enter your email below for our complimentary daily grief messages. Messages run for up to one year and you can stop at any time. Your email will not be used for any other purpose.

Share a memory
Obituary & Services
Tribute Wall
Donations
Read more about the life story of Jack and share your memory.

Jack Dyarl Centers, 81, of Lebanon, Ohio, went home to be with the Lord as he passed away peacefully on January 20, 2023 surrounded by family after a short battle with complications from a stroke.

Jack was born on February 27, 1941 to Carl and Vanita Centers in Wolfe County, Kentucky. After graduating from Kings High School in 1959, he went on to learn welding at the Patterson Co-Op School in Dayton, Ohio.

After graduation, Jack landed an apprenticeship as a welder for Frigidaire where he continued to be employed for 35 years.  During that time he became a Master Welder/Pipefitter as the company went through several name changes throughout the years finally retiring from Delphi Automotive.

In 1960, Jack met Sharon Wright of Mason, Ohio, and they wed in 1962 and then shared 61 wonderful years together.  They went on to have two children, Jeff Centers and Joy Van Patten.

Jack was a hard-working and dedicated father, determined to provide for his family and give them the life he felt they deserved.  Jack’s family meant more to him than anything else in the world, something he often mentioned. Jack was unendingly proud of Jeff, Joy and Sharon and always tried his best to support them.

Jack was also a passionate fishing enthusiast, golfer, hunter, card player, and puzzle solver. One of his favorite pastimes was fishing from the pier in Naples, Florida, where he and Sharon would spend 13 winters. Jack easily made friends wherever he went. He enjoyed serving in various roles in church, his neighborhood, and was also a Past Master of the Mason Masonic Lodge #678. He loved the Lord and was a faithful supporter of ministries here and abroad.

Anyone who knew Jack knew that he was the most loving father and husband a family could ask for. Jack was predeceased by his parents, Carl and Vanita. Jack is survived by his wife, Sharon, son Jeff (Barbara) Centers and daughter Joy (Richard) Van Patten. He also has three siblings that were very dear to him: Anna Cope, Steve Centers and Karin Nixon. Jack also leaves behind beloved grandchildren Mitch, Mallory, Zoe and Micah, as well as several nieces and nephews.

There will be a private graveside service for family on Friday, January 27, 2023 at Rose Hill Cemetery in Mason, Ohio. A Celebration of Life Ceremony for everyone will be announced and held soon.

To send flowers to the family or plant a tree in memory of Jack Dyarl Centers, please visit our floral store. 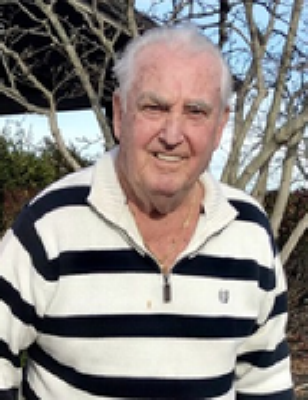 Look inside to read what others
have shared
Family and friends are coming together online to create a special keepsake. Every memory left on the online obituary will be automatically included in the book.

Look inside to read what others have shared

Family and friends are coming together online to create a special keepsake. Every memory left on the online obituary will be automatically included in the book.

You can still show your support by sending flowers directly to the family, or by planting a memorial tree in the memory of Jack Dyarl Centers